What are the marketing alternatives to Facebook for Small Businesses in BC? 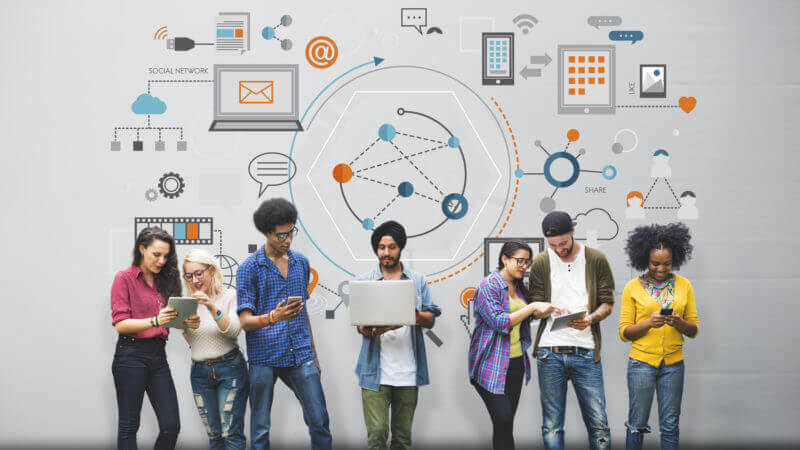 Following the events of #blackouttuesday, a collective action campaign calling out racism, there has been an increased demand for companies and businesses to bring a stop to racist and misinformative language. Throughout June, anti-racism sentiments continued to gain momentum until the eventual creation of the #stophateforrofit campaign – an international boycott of Facebook paid ads after many voiced their concerns that the platform is complicit in promoting racism, violence, and misinformation.

Many were quick to notice Facebook’s indifferent approach to spreading incorrect and dangerous information, specifically with upcoming electoral campaigns. In response, countless organizations have pledged to join the #stophateforprofit campaign, ceasing all ads on Facebook, and by association, Instagram. Many many large corporations have joined the campaign, including Canada’s five largest banks, as well as some other leading companies. As of July 1st, Scotiabank, RBC, CIBC, BMO TD, Lululemon, and MEC had all halted their July Facebook budget, with major revenue losses projected for Facebook. The campaign estimates a month-long ad boycott would cost Facebook US$70 billion in revenue if all advertisers participated. What does this deflection of spending mean for the local economy, now that marketing professionals are looking to invest their budgets elsewhere?

Local Newspapers and Magazines
Large advertising corporations such as Facebook and Google have been consuming money from local journalists and outlets for the better part of the last decade. Unfortunately, in today’s society, a majority of people view the news and consume information from large corporations such as these. One detail often overlooked is that Google and Facebook are just resharing the original content and work of smaller outlets and journalists, distancing the story from the original source. As a result of the boycott, communication professionals are hoping that credit, time, and money will begin returning to the smaller local outlets who are doing the work behind the story.

Local TV, Billboard and Radio stations
It is not just the traditional newspaper outlets that have been affected by the diversion of the marketing budget towards social media outlets but also outlets such as billboards, radio, and television. Each year, traditional methods of marketing have seen less and less revenue as a result of increased digital ads spending. Although the audiences for these traditional methods may have changed, these outlets remain a vital and useful tool for marketing professionals. As companies take their wallets away from Facebook, finding new spaces and voices to represent their brand is crucial. Whether it is a shiny new billboard, paid TV segment, or radio advertisement – companies can begin to get creative and revisit different methods of advertising.

Podcasts
Podcasts are currently one of the fastest-growing entertainment and information sources in the past few years. Each day, the number of available podcasts climbs high and higher, with more than 1,000,000 active podcasts now available on Apple. As podcast audiences grow, we have seen companies dedicate larger portions of their advertising budget into Podcast sponsorship and feature commercials. Whether it’s locally focused or a niche topic, podcasts offer an influential voice that is desirable to many brands, without compromising integrity.

Canadian Digital Publications
Similarly to the local newspapers and publications mentioned earlier, digital news outlets offer local news and keep journalists employed. Outlets such as Daily Hive, BCLiving, and Vancouver is Awesome, are known for their local and timely news pieces. With advertising budgets pulled from Facebook, Journalists hope to see a redirection of spending and further investment into these digital outlets – who offer considerable reach and audience. Whether it’s a sponsored news article and website advertisements, finding a way to redirect money into Canadian publications is a sure way to boost the Canadian economy while simultaneously helping to keep journalists employed.